Who was Carl Gustav Jung? 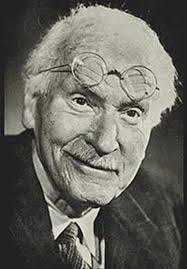 CG Jung (1875 – 1961) was a Swiss psychiatrist and founder of Analytical Psychology. After medical studies in Basel Jung worked as an assistant at Zürich University Psychiatric Clinic and Mental Hospital under Eugen Bleuler and further trained in psychiatry with Pierre Janet in Paris 1902-03. In parallel therewith, he performed experimental work on word associations and their physiological effect. It laid the foundation for his theory of psychological complex and led to the use of physiological recordings of a type later called the lie detector. 1903-05 Jung was chief physician at the Psychiatric Clinic in Zürich and he devoted himself thereafter to special studies of dementia praecox (schizophrenia). He was the first to launch a hypothesis about this disease’s psycho-genesis.

In 1907  the CG Jung came in contact with Sigmund Freud and began a collaboration on the early development of psychoanalysis in which Jung also became the first president of the International Psychoanalytic Association.

Cooperation between Jung and Freud lasted until 1912, when Jung presented his own views on the concepts of libido and the unconscious, where he toned down the sexual and repressive factors for highlighting the creative and symbolic.

Jung went on, developed and established his own understanding and theory of depth psychology, analytical psychology. Alongside the personal unconscious that contains material from the individual’s own life story,  Jung deepened the concept of the unconscious through his understanding of the collective unconscious. This level of the human psyche contains all of human ability to express themselves in the numinous recurring patterns and beliefs that Jung referred to as archetypes. Unlike Freud, he felt that the dream language is not hiding it’s true message, but is “the best possible expression of yet unknown psychic facts.” Dream motives and mythological subjects, have according to Jung, a common origin and uses a similar symbolic language. In his view of dreams he therefore used mythology to understand the meaning of dreams, while he wanted to understand the mythology and religious motives as an expression of the human need of wholeness and meaning.

Jung’s influence can be traced in various fields. Through his collaboration with quantum physicist Wolfgang Pauli, he examined synchronicity, how meaningful simultaneous events can occur as an interaction between matter and psyche forces. In Sweden  his influence has been noticed in religious science (Ivar Alm, Hjalmar Sundén) and among writers (Göran Sonnevi, Göran Tunström, Tomas Tranströmer).