The CG Jung and Erich Neumann Letters – impressions of an international conference, 24 to 26 April 2015, the Kibbutz Shefayim, Israel

To mark this important event  an international conference was held, jointly organized by the foundations of Jung’s and Neumann’s families, IAAP (International Jungian psychoanalytic organization), Israel Institute of Jungian Psychology and The Philemon Foundation.

Invited speakers presented their perspectives on the correspondence, but also on the unique friendship relationship between Jung and Neumann as well as its importance for the development of Analytical Psychology.

Erich Neumann was of jewish descent, born in Berlin in 1905. Neumann met probably Jung for the first in 1933 at a seminar he held in Berlin. The same year  Neumann and his wife Julia decided  to emigrate with their son Micha to Palestine and Tel Aviv. While his wife and son went to Palestine, Neumann first visited  CG Jung in Küsnacht. In a short letter from Jung to Neumann dated September 11, 1933 Jung writes:

“Dear Doctor, I have reserved an hour’s appointment for you on Tuesday, 3rd October at 4pm. Yours respectfully, C. G. Jung. ”

Jung, then 58, was at the height of his career as one of the leading depth psychologists of his time. Neumann was 28 years old, had completed his academic studies and was not able to continue in the University because of emerging Nazism. Jung’s and Neumann’s relationship was constantly in a continuous movement and of an entirely different nature than the broken relationship Jung had to Freud, in many respects characterized by tough demands on loyalty and faithfulness to the theoretical foundations.

The relationship between Jung and Neumann developed through letters and, after the war, by Erich Neumann’s annual participation in the Eranos conferences in Ascona, Switzerland. The correspondence lasted until Neumann’s untimely death in 1960.

In the correspondence we can follow how a creative friendship grows. Many letters are small masterpieces in the formulation art and we can hear Jung’s and Neumann’s voices. Clear and sometimes sharp and challenging. Other times, with heartfelt warmth and care. But always with an insightful and honest, authentic root. Jung was basically deeply interested, respectful and encouraging to Neumann’s ability to develop the analytical psychology.

In Tel Aviv Neumann lived and worked  a few steps from the sea. But his mind was also deeply connected with the earth, the Hebrew anchoring to the country that is characterized by bloody conflicts, tensions and conflicts. 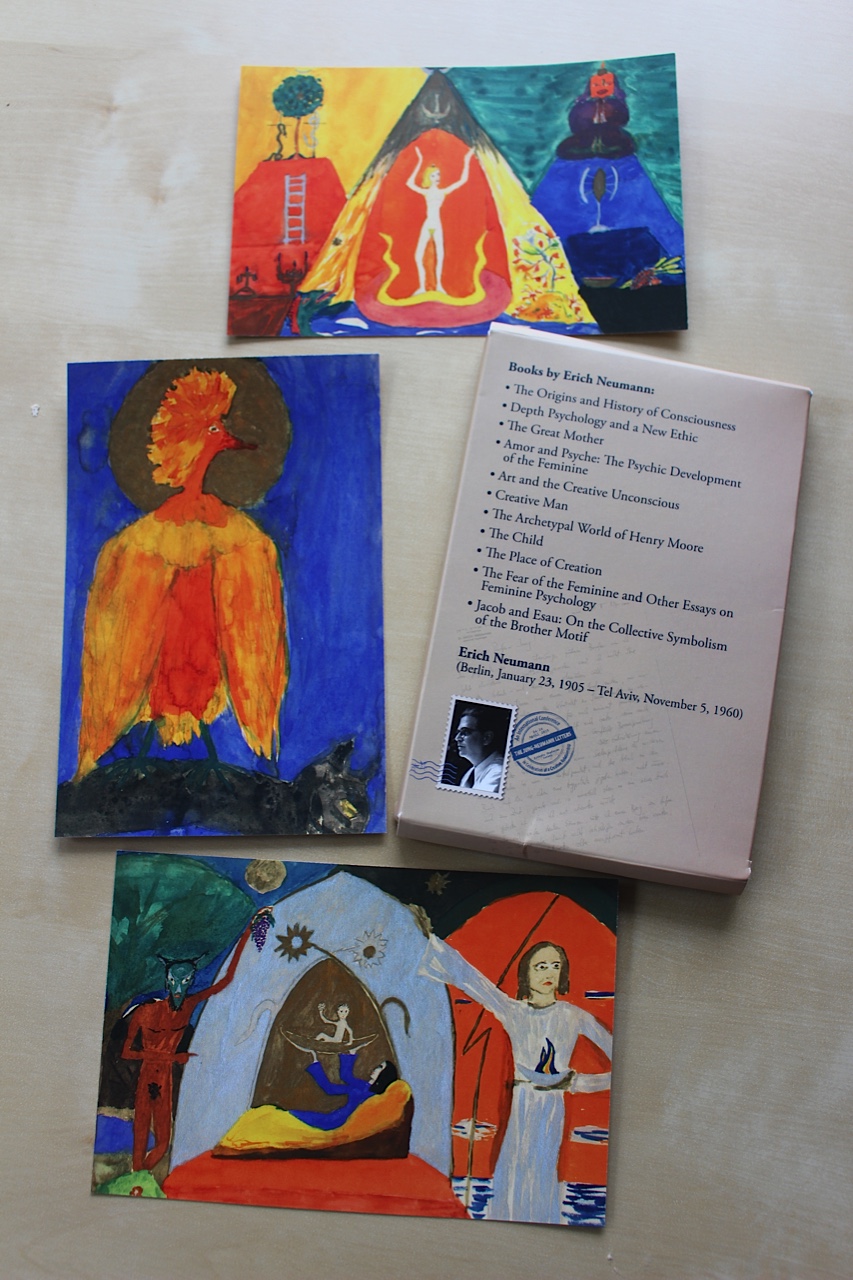 In a series of paintings by Neumann, presented by Professor Tamar Kron, it’s clearly shown how the Great Mother Archetype is made vivid and composed. These images were shown for the first time. They are enigmatic and we do not know when he painted them because he never dated his pictures. When Neumann’s son, Micha, shared memories of his childhood, we learned that Erich Neumann had a habit to paint scenes from the Bible with the children every Friday. They painted and told each other about various biblical themes.

But the pictures we saw are even more enigmatic. They are painted with water colors and the main theme revolves around the feminine and the Great Mother Archetype. Some paintings can have their motives from the Holocaust. The images may originally have come from Neumann’s own dreams and inner imagination but their actual origin remains unknown to us. So we’ll have to develop the content using our own active imagination and reflectivity.